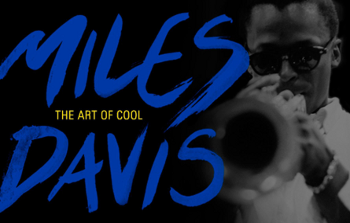 Cobb has assembled a group of great jazz musicians for a once-in-a-lifetime evening of Miles Davis music including:

DOUG MILLER, was top bassist on the Seattle jazz scene for 23 years until his move to the Bay Area three years ago. He is a direct musical descendant of Ray Brown, the pioneering bebop musician who set the standard for jazz bass through the second half of the 20th century. Doug studied with Ray Brown protégé John Clayton at Indiana University, considering him one of his most important mentors. Doug has appeared in concerts, clubs, clinics and on recordings with many of the world’s leading jazz musicians, including James Moody, George Cables and Ray Vega, has toured with the Count Basie and Duke Ellington orchestras, and with vocalist Ernestine Anderson. He also worked in New York with Mel Lewis, appearing regularly with pianist Ram Ramirez, composer of the jazz standard Lover Man, and performing with a wide range of top players in bebop and Brazilian jazz. www.dougmillermusic.com

STEVE HECKMAN, multi-saxophonist/flutist/clarinetist and composer of more than 120 jazz tunes, projects the authentic phrasing and feeling of the classic John Coltrane concept. He grew up in New York City, home to numerous jazz players, before moving to the San Francisco Bay Area in 1977. He is co-founder of the San Francisco Chamberjazz Quartet with pianist Gini Wilson He has played with such notables as Eddie Henderson, Howard McGhee, Slam Stewart, Chet Baker, Tom Harrell-Larry Vuckovich Quintet, Roswell Rudd, Andrew Hill, Benny Green, George Cables, Billy Higgins and Pete Escovedo. Saxophonists as diverse as Stan Getz, Charles Lloyd and Pharoah Sanders have praised his work. One of Steve’s  previous CD’s as a leader, Live at Yoshi’s, received international praise, and was chosen by the San Francisco Chronicle as one of the 10 best albums by a Bay Area jazz musician for 2005. His most recent CD, Born to be Blue, on Jazzed Media, features New York guitar great Howard Alden, and is on the national jazz radio charts. www.steveheckman.com

ANDREW SPEIGHT is a clear-toned, hard-driving alto sax player and be-bop virtuoso. Growing up in Sydney, Australia, his early exposure to jazz came from his father, a pianist who often accompanied touring American jazz artists. Andrew cut his teeth playing with such American jazz legends, such as Percy Heath, Nat Adderley and Benny Carter, as they passed through town. He formed his own band, Now's the Time, to perform in the Art Blakey style he had grown to love. Andrew’s jazz epiphany occurred when he got to see Sonny Stitt perform live, and he’s never looked back.