You might not find el Vucko in a Spanish dictionary, but you will find El Vucko and his Orquesta at North Coast Brewing's Sequoia Room on Saturday, May 31 at 6 pm. The ensemble offers a combination of East Coast and West Coast All-Stars, featuring versatile pianist Larry Vuckovich, master Latin percussionists Luis Romero and Hector Lugo, and veteran bassist John Wiitala.

Larry Vuckovich learned Latin Jazz firsthand from the legendary Bay Area master pianistLuis-Romero(w) Vince Guaraldi, with whom he studied for many years. Brooklyn born Luis Romero performed with the famed Willie Colón Salsa Band from 1967 to 1977 and eventually expanded into folkloric music and Jazz, playing with greats like Paquito D'Rivera.

Hector-Lugo(w)Born in Puerto Rico, Hector Lugo is a multi-percussionist, singer, composer, teacher and band leader who is at home in both Latin music and Jazz and is adept at fusing folkloric Puerto Rican genres with contemporary Latin styles. John Wiitala has worked with some of the greatest Jazz musicians in the business, including James Moody, Bud Shank, Arturo Sandoval, Shorty Rogers and Scott Hamilton.

At the Sequoia Room performance the band will John-Wiitala(w)play Afro-Cuban classics, Jazz standards, and highlight the music of Thelonious Monk in Latin style, including Panonica, Ask Me Now, Straight No Chaser and 'Round Midnight. Seating for the dinner concert will begin at 6 pm with music starting at 7:00. The second set begins at 9 pm with a $10 minimum per person. Reservations are not necessary, but the Sequoia Room will fill rapidly for this exciting evening of Jazz. For more information call 707 964-1286 (days). 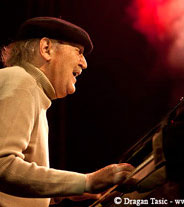 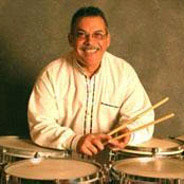 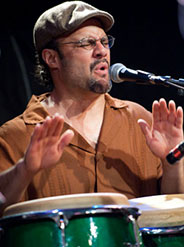 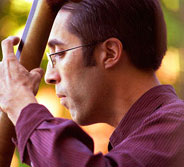