This is a rare treat for Napa jazz fans!
For more than 50 years, saxophonist Charles McPherson has been one of the most expressive and highly regarded voices in jazz. His rich musical style, rooted in the blues and bebop, has influenced and inspired generations of musicians and listeners.

McPherson grew up in Joplin, Missouri and Detroit, then on to New York in 1959 where he performed with Charles Mingus from 1960 to 1972. He's an proven composer, and has toured the U.S., Europe, Japan, Africa and South America with his own group, and with jazz greats like: Eckstine, Hampton, Marsalis, Moody & Gillespie.

Charles was also featured alto in the Clint Eastwood film "Bird," a biography about the great Charlie Parker. 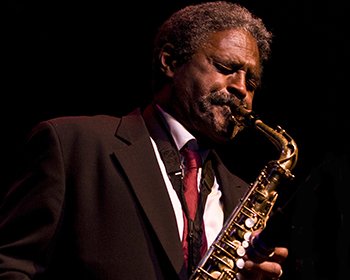