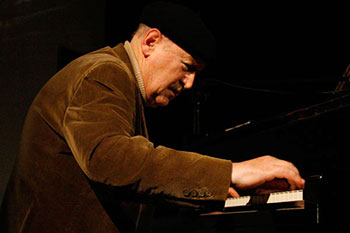 After a very successful performance in June of Miles Davis's music, Kind of Blue by Larry Vuckovich All-Star Bay Area sextet, Larry comes back to Yoshi’s continuing the music of Miles from the same era. This time he's bringing the very popular swinging and hard driving, timeless jazz of the Post Bop/Hard Bop era. Besides the music of Miles, the sextet will be performing compositions of John Coltrane, Horace Silver, Joe Henderson, Kenny Dorham, Dexter Gordon, Sonny Clark, Grant Green, Lee Morgan – the jazz greats of that era. This music is still with us and has never left its effect on the jazz scene. The original compositions of those greats are memorable and their ballads projected a lot of beauty. Don't miss this evening of soulful, finger snapping jazz that will stay with you for a long time!

Larry Vuckovich has had first hand experiences with a number of Blue Note artists, having performed, recorded and toured with them. He was a member of the Philly Joe Jones Quintet in the 60’s doing a number of concerts and festivals in Europe including Austria, Switzerland and Italy. When Philly was featured at the Keystone Korner in late 70’s, Larry was the pianist. While in Europe, Larry worked with Dexter Gordon in Denmark and Austria. Larry also recorded and toured with Bobby Hutcherson and was a member of his quartet in the early 80’s. Larry performed in New York at the Village Vanguard with Billy Higgins and Curtis Fuller. Among other Blue Note greats, Larry performed with Milt Jackson, Pepper Adams, Kenny Burrell, Clark Terry, Freddie Hubbard, Reggie Workman and Bob Cranshaw.